Old Ben is the third and last one in the trilogy of the stories about Toby Tyler. The full title of the book is Old Ben, the friend of Toby Tyler and Mr. Stubbs Brother. 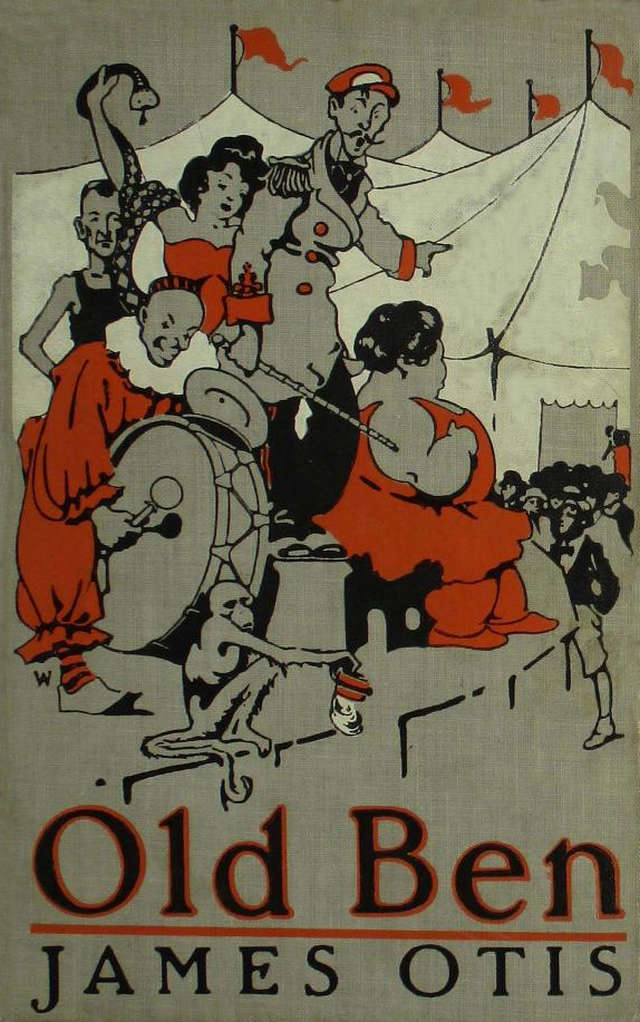 The first book in the series, Toby Tyler, or, Ten Weeks with Circus, also the first book written by James Otis Kaler, became the most popular among his numerous works and the reason is simple - Walt Disney Productions made a movie, based on it, in 1960. In the story, we meet an orphan boy who would like to work in the circus. But when his wish comes true, he soon realizes how harsh may be the reality of the circus. There is also a cute chimpanzee and a bad guy who lies about real feelings of Toby's uncle and aunt. Eventually, he leaves the circus.

In Uncle Ben, we start with the scene where the very same circus comes to the town where Toby lives. The dream about circus glamour is still there. The chimpanzee too. Is now the right time to fulfill his wish? 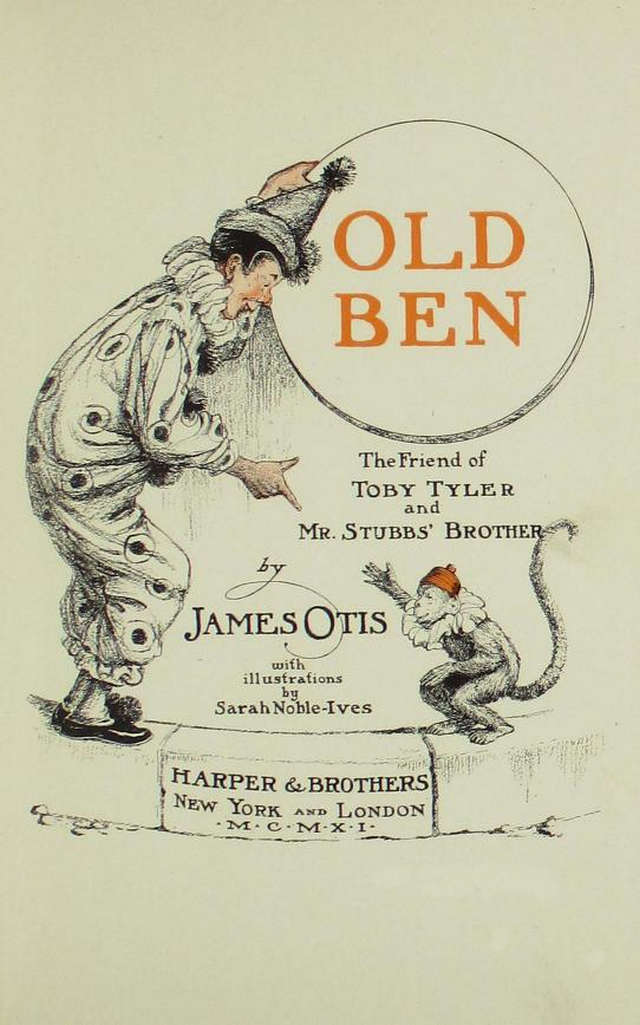 The author of the book started his writing carer as a journalist (he reported from the American Civil War, for instance). This probably at least partly explains his enormous production. He signed about two hundred books altogether. Considering the fact, he wrote under pen names Walter Morris, Lt. James K. Orton, Harry Prentice, and Amy Prentice (with assumption some of his later works were actually written or co-written by his wife), we'll never know what really belongs to his opus. Among other books, he wrote a series of boy spies (10 books), a series of navy boys (7 books), a series of historical novels (about 50 titles), a farm series (4 titles), a school series (3 books), a series about New York (7 titles) ... He also signed at least six nonfiction books.

So Toby trilogy is actually one of his minor projects! 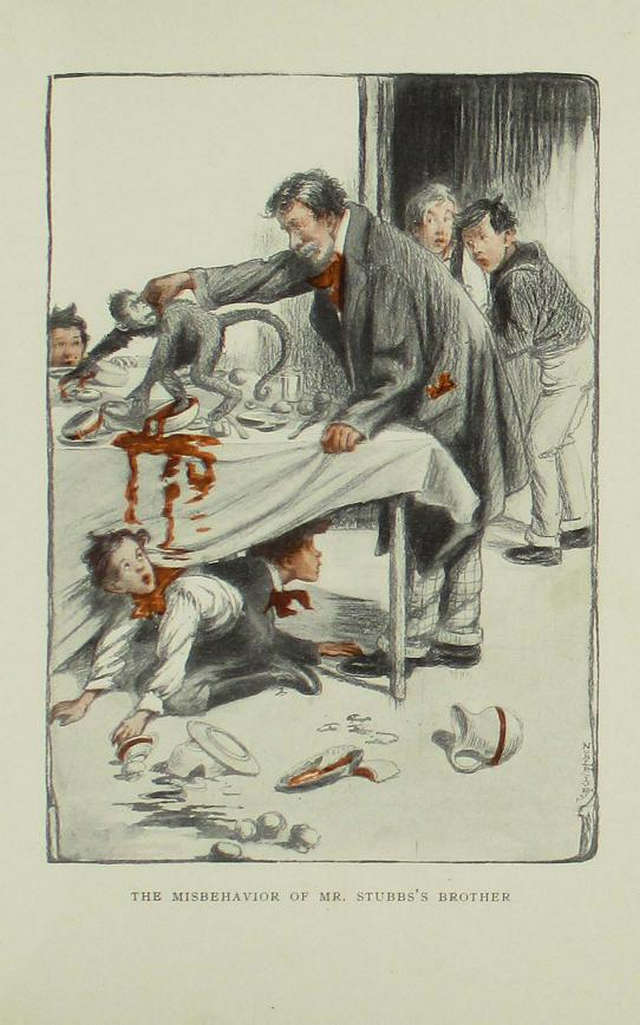 The misbehavior of Mr. Stubbs's brother 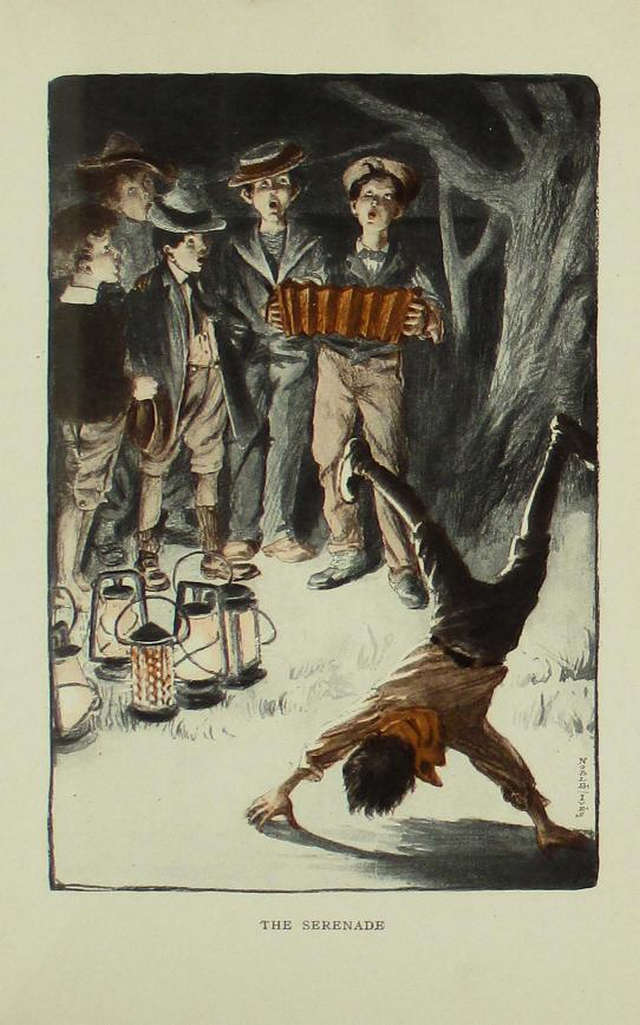 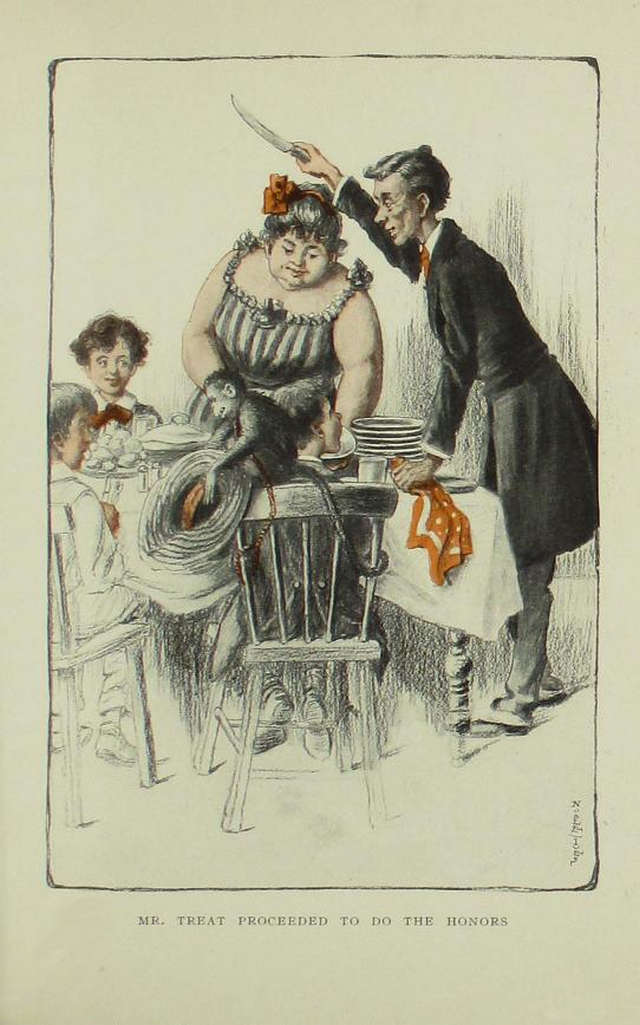 Mr. Treat proceeded to the honors 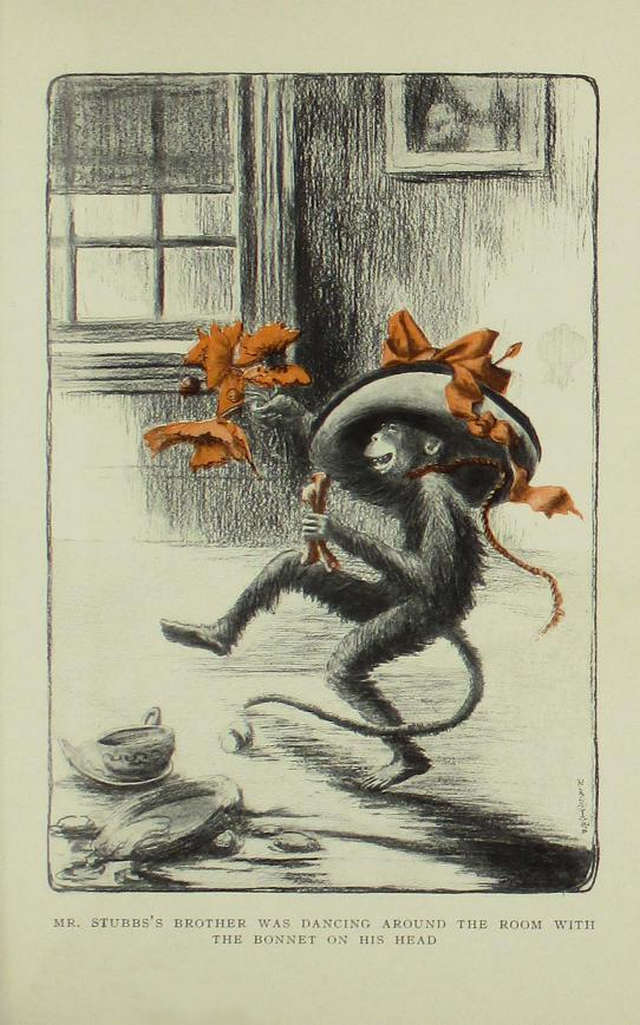 Mr. Stubbs brother was dancing around the room with the bonnet on his head 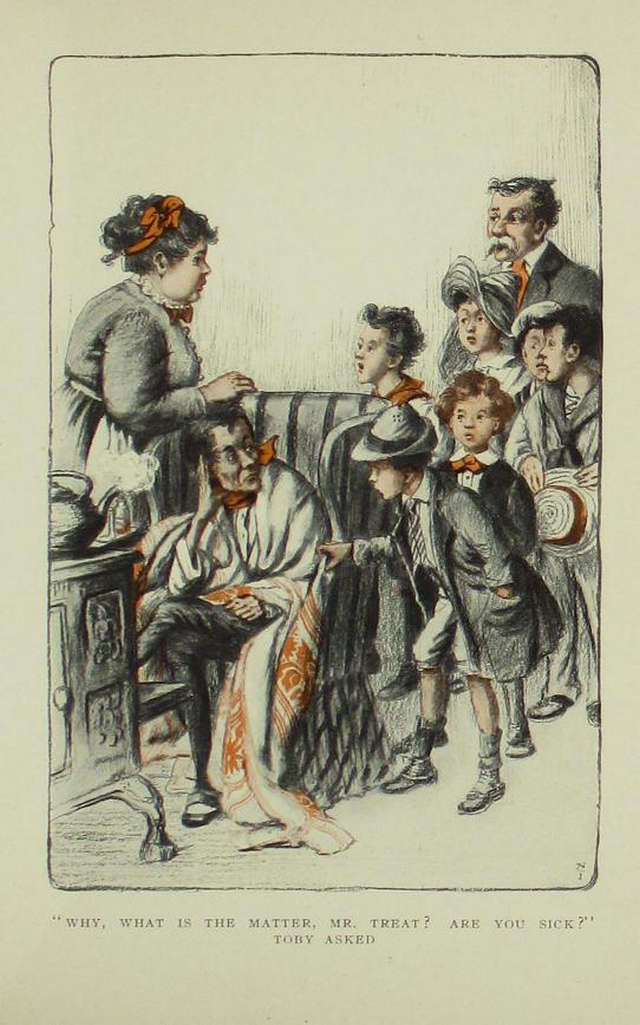 "Why, what is the matter, Mr. Treat? Are you sick?" Toby asked 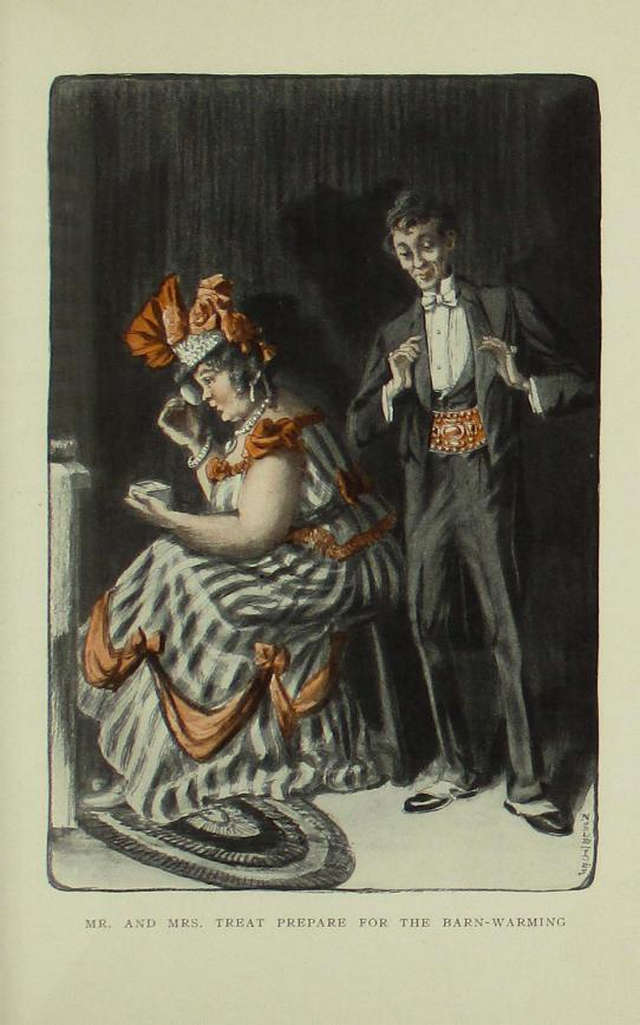 Mr. and Mrs. Treat prepare for the barn-warming 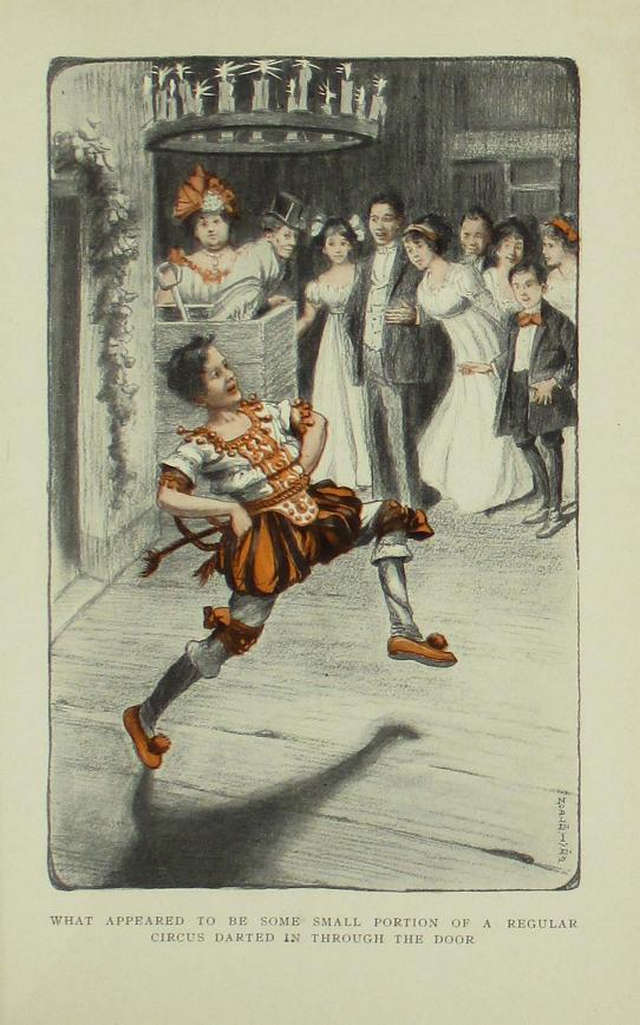 Sarah (Sara) Noble Ives illustrated the book with seven original color pictures plus cover and the inside title page. When we say color, we should be aware of often limited technical an financial possibilities of color printing, what in this specific case means there is only one color (orange-red) added to black and white line drawings. Despite that Noble Ives managed to create a warm and charming atmosphere of typical boys' adventure environment which still can't leave cold any true lover of vintage books. This edition was published by Harper & Brothers, New York in 1911. Occasionally, it's still available through the web for about 30 USD. If you got one in good condition, it may prove a pretty good investment.

« The Piper of Hamelin - A Fantastic Oper… The Ant and the Grasshopper: What's the… »
Profile