Most children today never heard about the Pied Piper of Hamelin. The story about the piper who saved the city of rats and, because he wasn't paid as expected, led all the kids out of town, is just too scary. A century ago publishers of books for children didn't care so much of the possibility of hurting sensible kids' souls. But even then some people believed this should be a different kind of story. Not so eerie, with a happy ending, if possible. 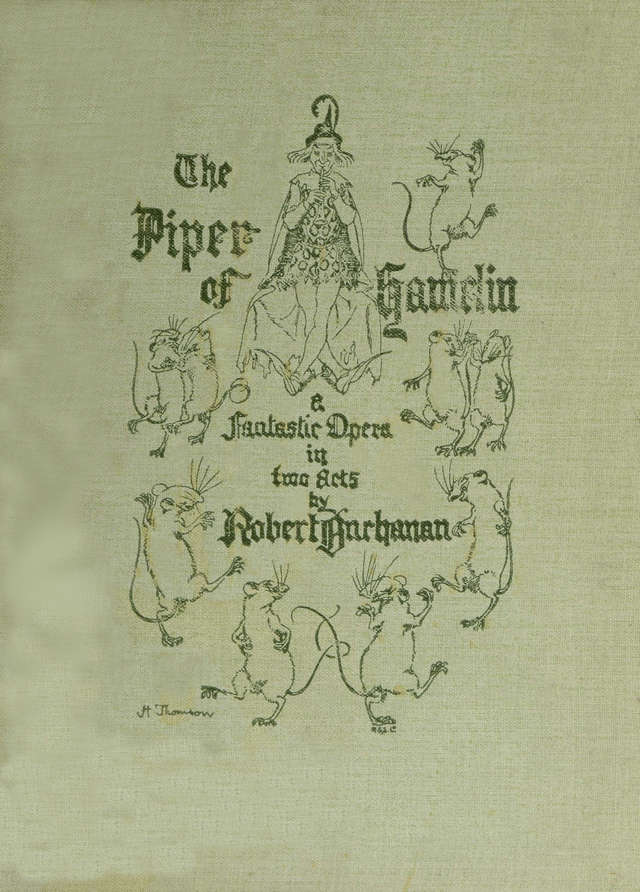 One of them was obviously Robert Williams Buchanan (1841-1901), a dramatist, a poet, and a writer from Scotland. He wrote the play about the mysterious disappearance of children in Hamelin in 1893 when he was already an established writer and dramatist. The book was published in the Comedy Theatre collection by William Heinemann in London. 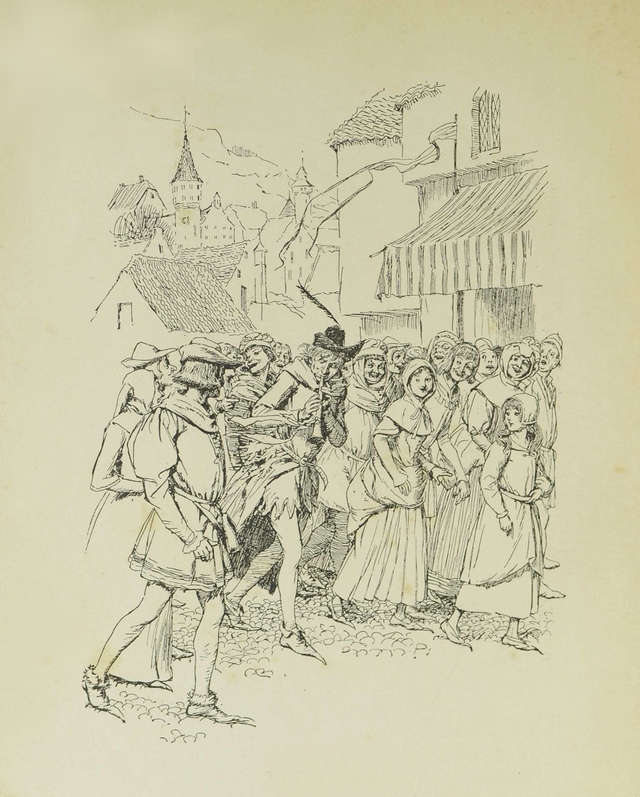 The play is written in two acts. The author mentions on the first page it follows the plot of the original legend in the first act but it's completely original in the second. Well, there's a significant difference in the first act already. The focus of the conflict is not on the Piper against the citizens but the Piper against the Mayor. The Mayor, who is presented just as a representative of all citizens of Hamelin in Browning's version, is not particularly popular among his own people.

There is also an introduction of a positive character named Conrad in this first act. Conrad agrees with Piper about the payment. He even offers to pay a part of the owed money instead of the Mayor. Unfortunately, he is pretty poor, so he can't possibly match the agreed sum. He is also in love with the Mayor's daughter Liza, what puts him in a conflict situation - a major building block of any drama, even if it's made for kids. 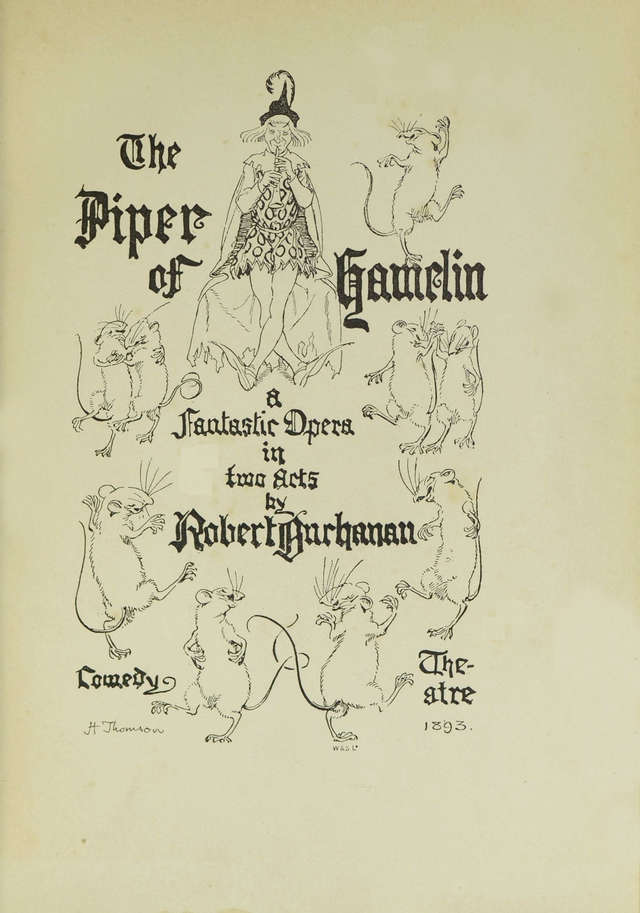 The second act is truly Robert Buchanan's original product. Let's cruise through the illustrations signed by Hugh Thomson (1860-1920) and try to follow the whole story. 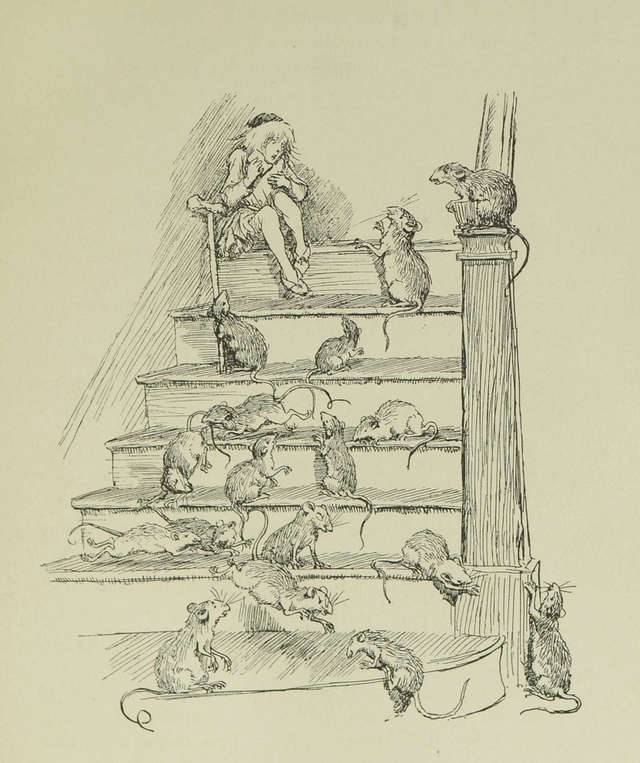 The town of Hamelin was infested with rats. They were everywhere and nobody knew how to get rid of them. 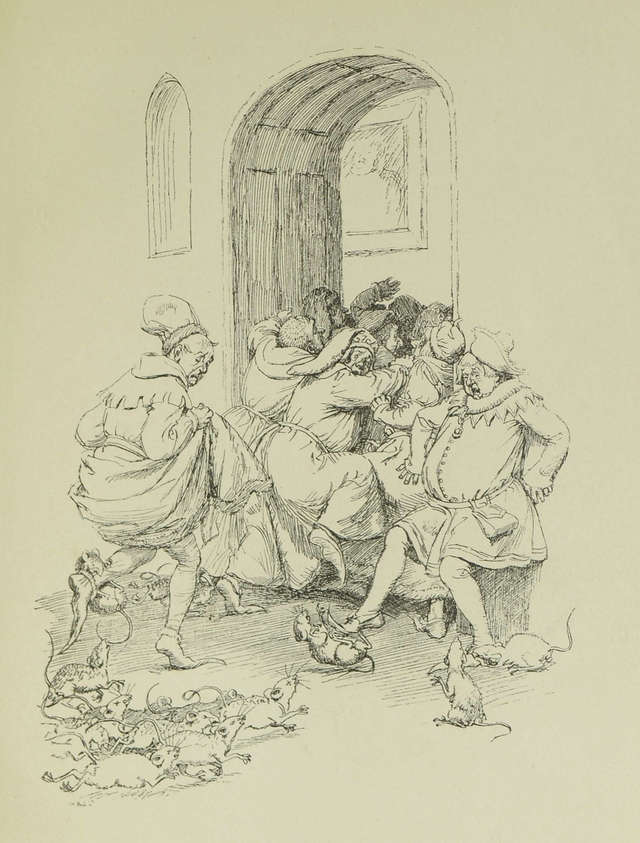 People were afraid of these tiny little beasts. The quality of life in the city was rapidly falling. 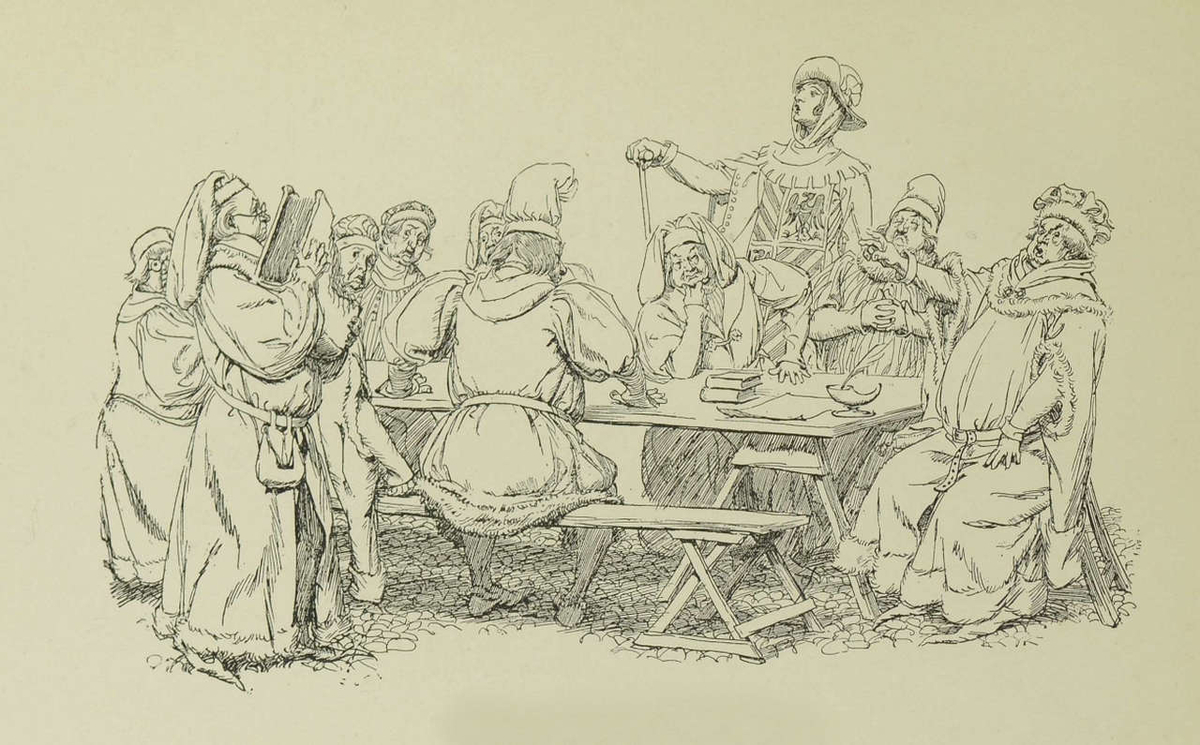 The town council had meetings but nobody proposed any useful solution. They had a rat-catcher before, but the Mayor dismissed him to save some money. Now the rat infection threatens to destroy the trade and other profitable activities in the city. People blame the Mayor for the situation. He should find a solution as soon as possible. He was forced to offer a thousand guilders to the one who rids the town of the rats. 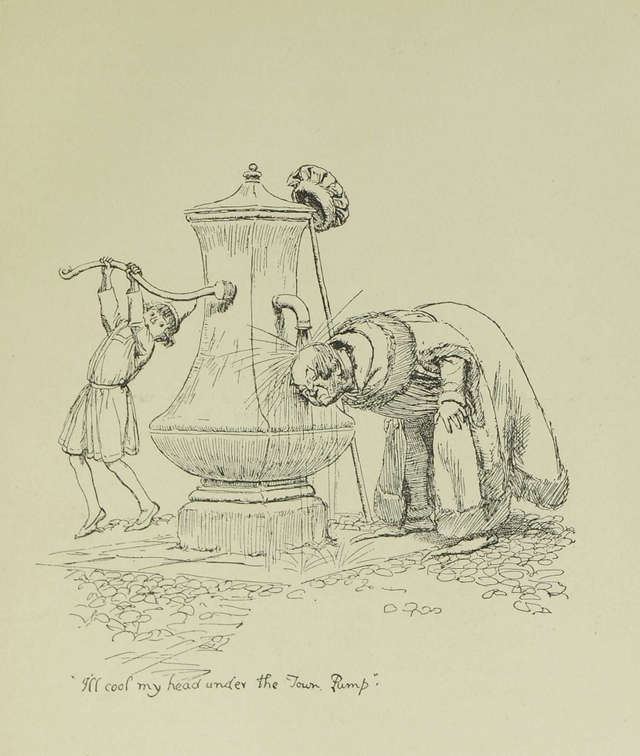 Another Mayor's worry is an introduction to Conrad. He is a pauper, a poor young man who loves his daughter Liza. And Liza Loves Conrad as well. Mayor doesn't want Conrad around his daughter so he tells him to go away. But will the youngster listen to him?

Then the Piper appears in front of him. He said he can save the city. He can transform the rats into a distant memory in a matter of a few hours. Of course, he expects payment for his efforts. The Mayor tells him about the offer of one thousand guilders. Can the Piper release at least some tension from the Mayor? 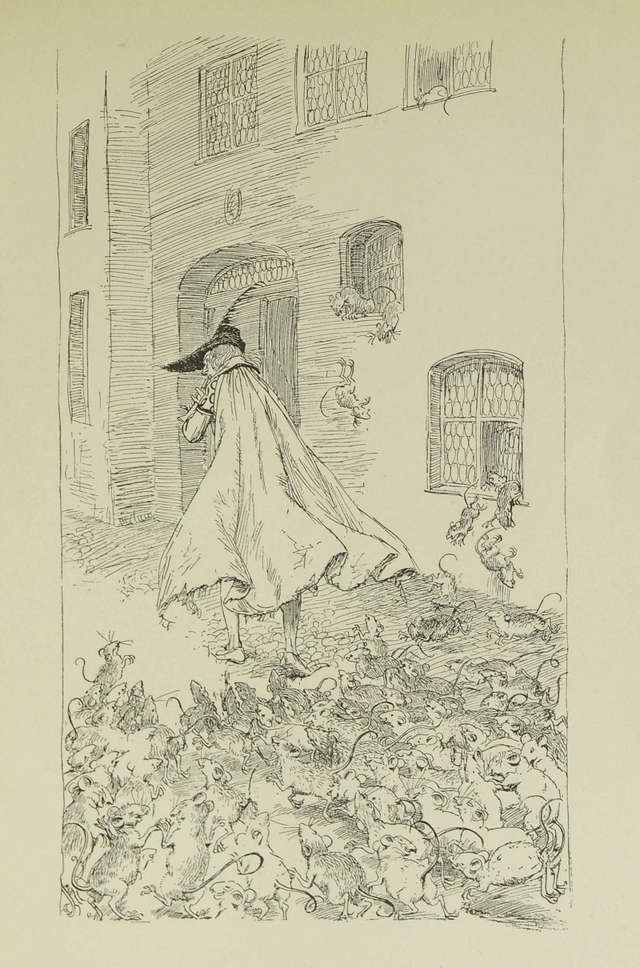 When the Piper starts playing rats came from all the places they were hiding. They followed the song wherever the Piper goes.

He went through the city until all the rats were lined after him. Then he led them into the river where they drowned.

But when the Mayor found out there are no rats anymore, he didn't want to part the guilders.

Piper demands the payment for his service. Mayor doesn't want to pay.

Piper starts losing his temper. Conrad offers to pay at least some of the mayor's debt.

But the Piper insists on one thousand guilders. If not, something very bad will happen. Something to the kids.

Mayor starts threatening him. Piper must leave the city. 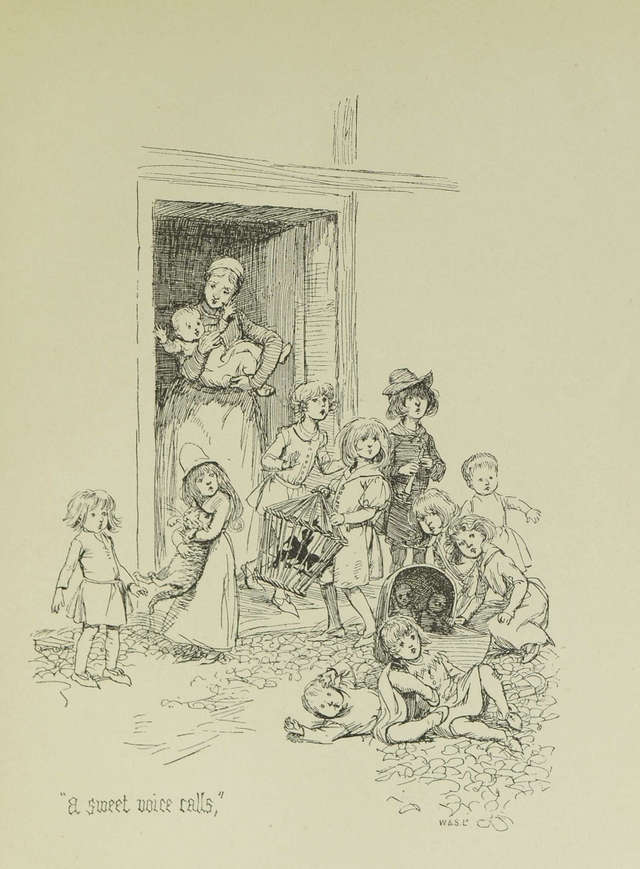 But he returns. And he has his pipe with him.

When the Piper starts playing again, all children under 14 years fall into a trans-like state. The music is inviting. They must follow. 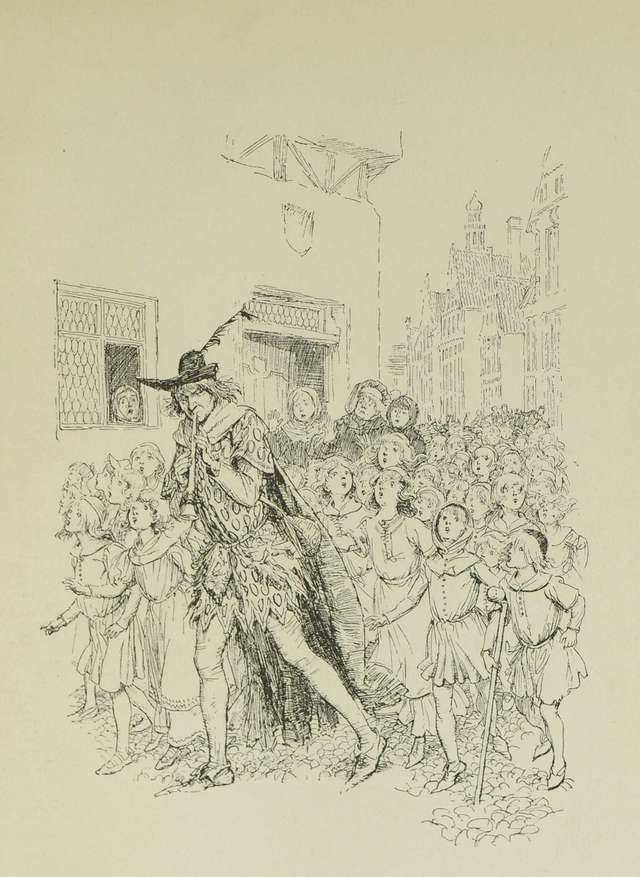 All children of the town of Hamelin go after the Piper. Nothing can stop them. 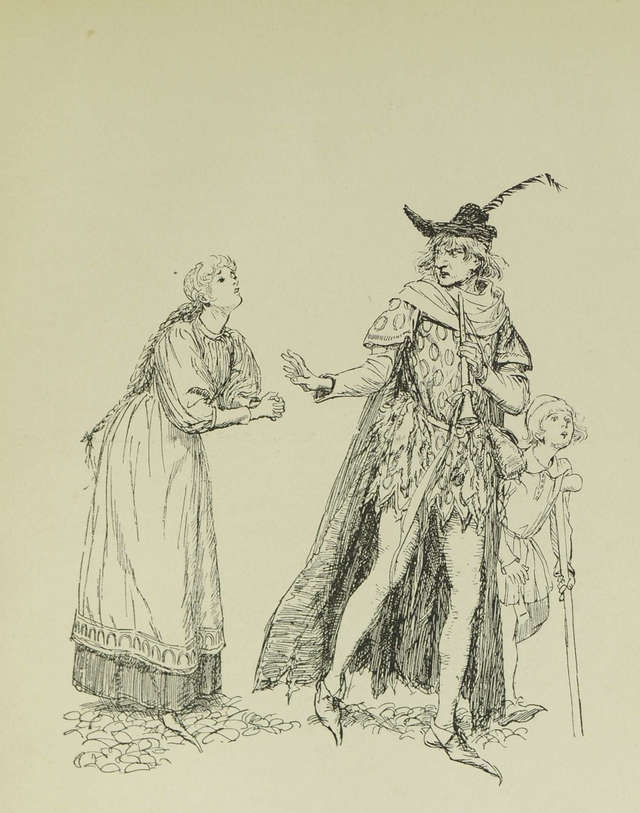 Parents are trying to dissuade the Piper from his plans. All their attempts are futile. 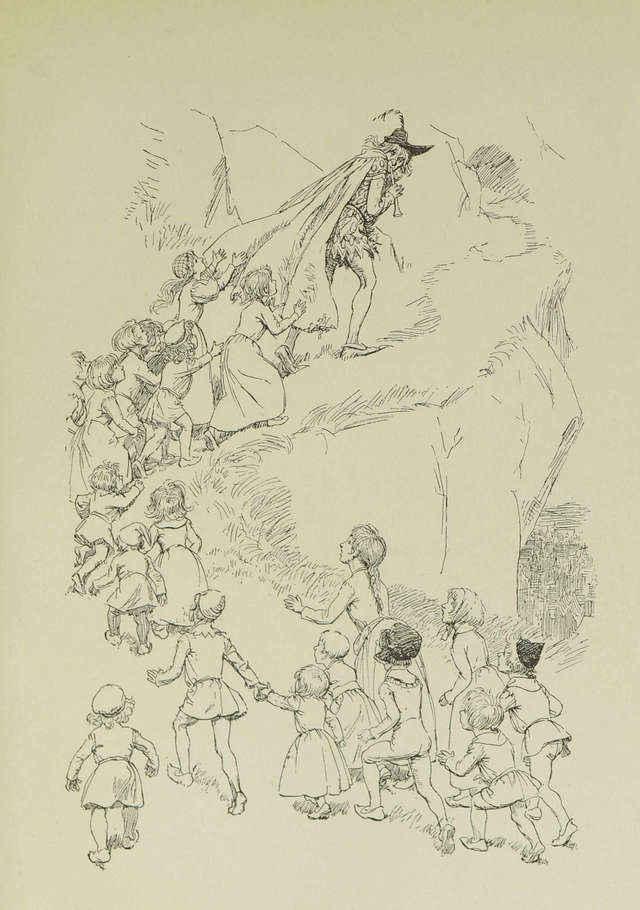 The Piper leads the kids in the mountains, higher and higher until they are all lost in the caves.

The people of Hamelin go after him but they don't have the power to get their children back. They are still hoping the Piper changes his mind.

Then he proposes another deal. He will return the children if one of the young women from Hamelin becomes his wife.

Some of them are actually willing to sacrifice, but he wants young, pretty, and in household chores skillful lady.

In short - he wants Liza, the Mayor's daughter.

And he wants a dowry with his bride - exactly one thousand guilders!

The Mayor is horrified. Conrad is devastated.

Liza is not particularly happy either. Yet, after a while, she is willing to become Piper's wife if he releases all the children. Her life for hundreds of others. 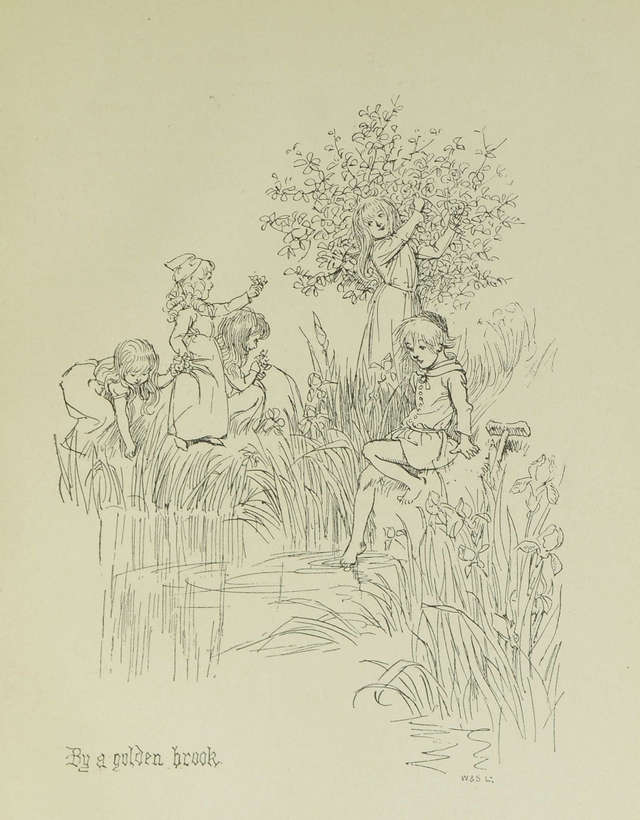 The kids are waiting for the final result of the negotiations safely playing in the neighborhood, hidden from the eyes of their parents.

When everybody agrees on Piper's terms, the thousand guilders are brought by the Mayor, and Liza is ready to be married, the Piper serves his final surprise to the audience. He will not marry Liza. Conrad can get her for wife and the money will go to them to start their mutual life in comfort.

He releases the children.

Everybody (but the Mayor and the rats) is satisfied. 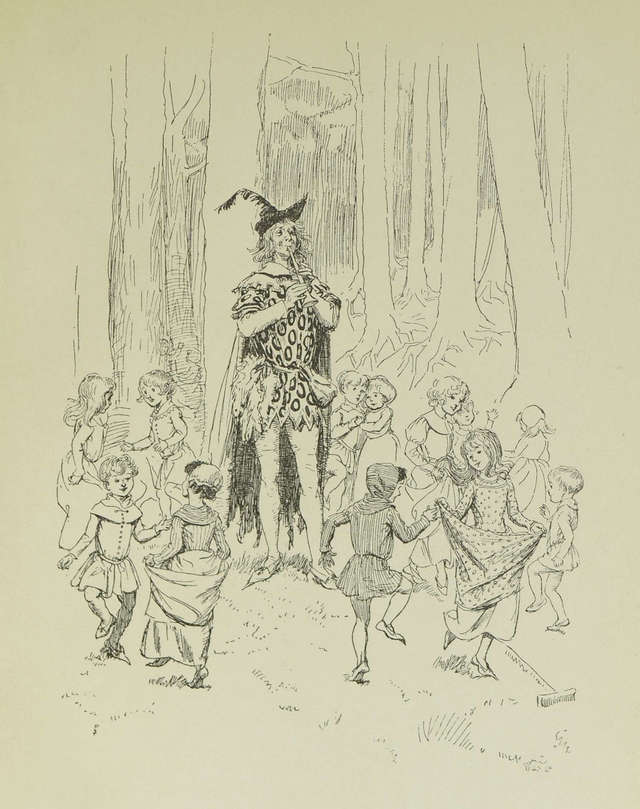 So the story instead of criticizing the hypocrisy of the citizens focuses on one bad character who needs to be thought a lesson. If you want to know more about the background of the legend about the Piper of Hamelin and it's presumably true background, go to:

The story of Piper of Hamelin

All illustrations are done in pen and ink by Hugh Thomson, an Irish illustrator who illustrated numerous works including ones by Jane Austen, James Matthew Barrie, Charles Dickens, George Elliot, Elizabeth Gaskell, Oliver Goldsmith, and William Shakespeare. He was known by his ability to project himself in the story and especially praised for his work on Austen's and Barrie's novels. He preferred black and white illustrations and colored his pictures only if a published specifically demanded that.