The famous fable about the ant and the grasshopper is worldwide known for many centuries. It's moral is clear and ruthless. You should use the good times to prepare for bad times. Because bad things will happen.

The grasshopper doesn't care about the future. He sings and enjoys through the whole summer while the ant works, works, and works. When the winter comes, the ant has loads of stock. The grasshopper has nothing. In the grand finale of the story the grasshopper asks for some help and the ant denies it. No, everybody who didn't work should not eat either.

This dramatic, in many ways even tragic situation inspired numerous artists in history. Let's see how some famous painters and illustrators saw it. 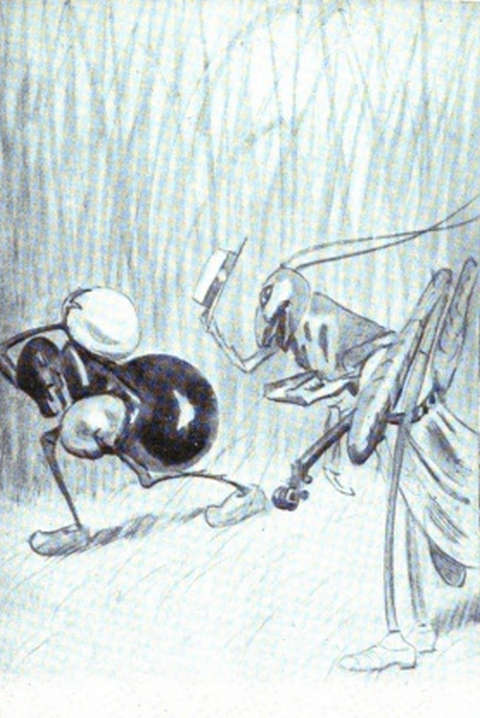 Oliver Herford portrayed the meeting of both characters before the crisis occurs. The grasshopper is happy and the ant looks very tired. In this very moment, the roles of the winner and the looser look very different. 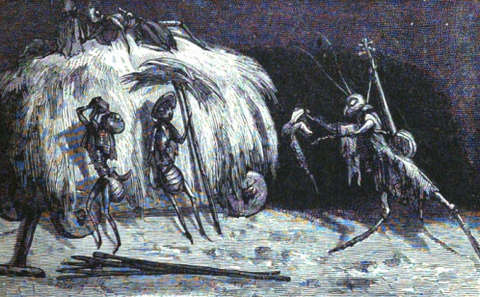 Ernest Griset focused on ants. Yes, plural. It somehow looks different if we have a community of ants and an outsider like the grasshopper. Their collective decision of helping or not helping the poor musician is distributed among all the members. Each one of ants can think for himself he would help but the majority decided differently. Long live democracy! 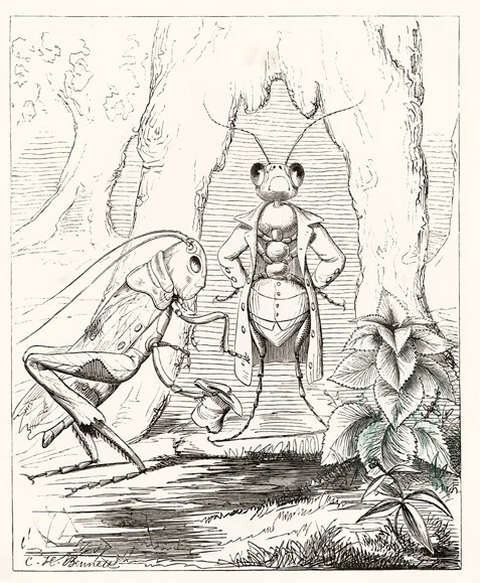 Charles Henry Bennet decided for the scene of begging. Look how weak and powerless looks the grasshopper. Compare the position of his neck with the position of the ant who is strong, determined and merciless. Cruel as nature can be. But aren't we, humans, better than the basic players of the eternal game of survival? 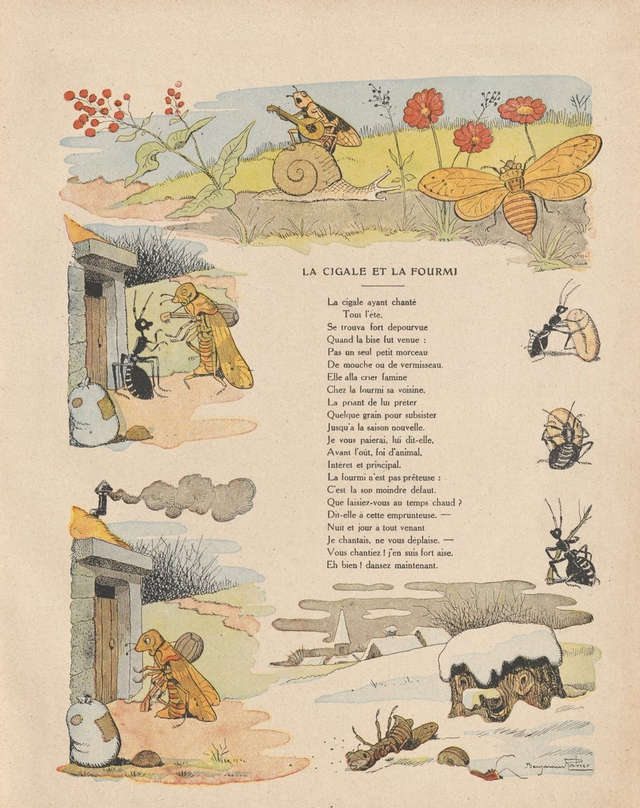 La Fontaine already understood Aesop's fable about the ant and the grasshopper differently. He rewrote it (like hundreds of others) and put it in verse. He also changed the title. The grasshopper became the cicada - which emphasizes the musicality of the insect. With that simple change, a whole new debate about the importance of culture opens. Do we need people who are so 'unproductive' as artists? Who's responsibility are artists when they fall into trouble?

The other change of the title is seemingly less important, yet maybe even more crucial. It's the order of the main characters: The Cicada and the Ant and not The Ant and the Grasshopper anymore. The artist is in the first place now.

French illustrators loved the theme. Especially when they worked on La Fontaine's version. 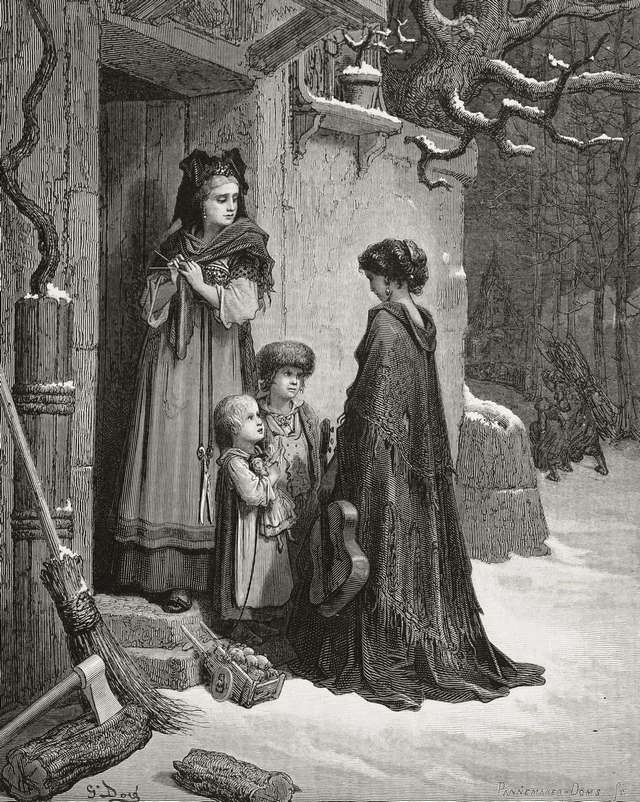 Gustave Dore decided to portray people instead of insects. This way the message of the picture becomes crystal clear. We have a lady with a musical instrument in an obviously submissive position and a wealthy lady with kids who, it looks like, just opened the door. Her kids look favorably at the musician, but their mother stays distant and exalted. Dore even made an allusion on 'les tricoteuses', women who were knitting while waiting on executions at guillotines during the French Revolution. 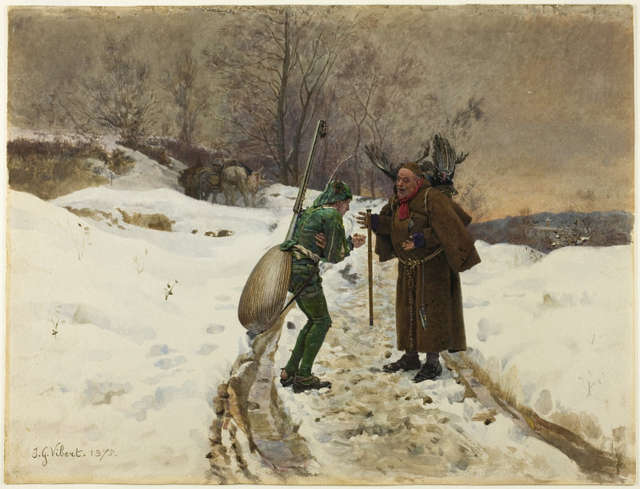 Jehan Georges Vibert took a similar approach with people instead of insects. His characters represent two social classes. There's a catch - who is working harder? The monk, who collects the contributions or the musician who plays for whatever his audience gives? Note how skillfully the painter used the musician's instrument and monk's basket to mimick grasshoppers abdomen and ant's antlers.

It looks the more we look at the fable, more questions pop up. This is a sure sign of true artistic work. We'll definitely have to return - with more pictures and more questions about the moral in the story about the ant and the grasshopper.

« Old Ben by James Otis and Sarah Noble I… The Story of Persephone, the Queen of t… »
Profile