Eugene Grasset was one of the most successful artist on the edge of the 19th and the 20th centry. This calendar is just one example of his skills. 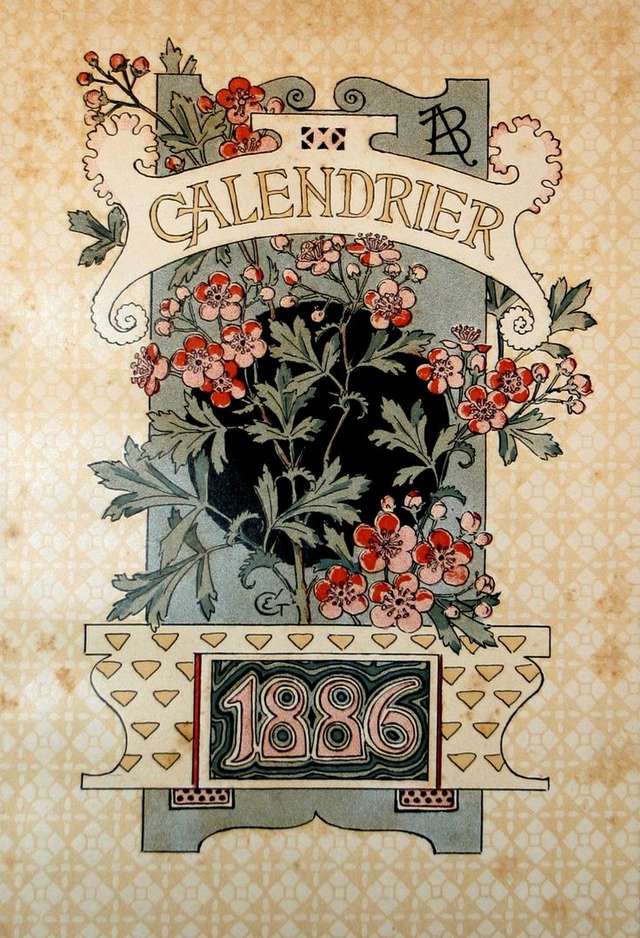 Eugene Samuel Grasset was born on May 25th, 1845, in Lausanne, Switzerland. He showed great talent for drawing from the early years, learning to use chisel and gauge from his father, who was a successful sculptor and cabinet maker. His first mentor was Francois-Louis David Bocion at Ecole Industrielle in Lausanne, where he studied for two years.

Eugene left for architecture and later sculpture studies in Zurich, following the steps of his father. While he never worked as an architect, his sense of proportions and symmetry absolutely benefited from the studies. After his graduation whole family took a trip to Egypt what influenced Eugene who soon became interested in Egyptian and Japanese art. These influences stayed part of his creative process for the rest of his life.

For a couple of years, he worked as a painter in Lusanne. In 1871 he moved to Paris, in many ways the art capital of the world in those times. There he established his career as a designer of fabrics, furniture, and jewelry. Industrial design occupied him for several years, leading to his work in the area of ceramics and stained glass, combining very different materials and building his time as one of the best designers in Europe. 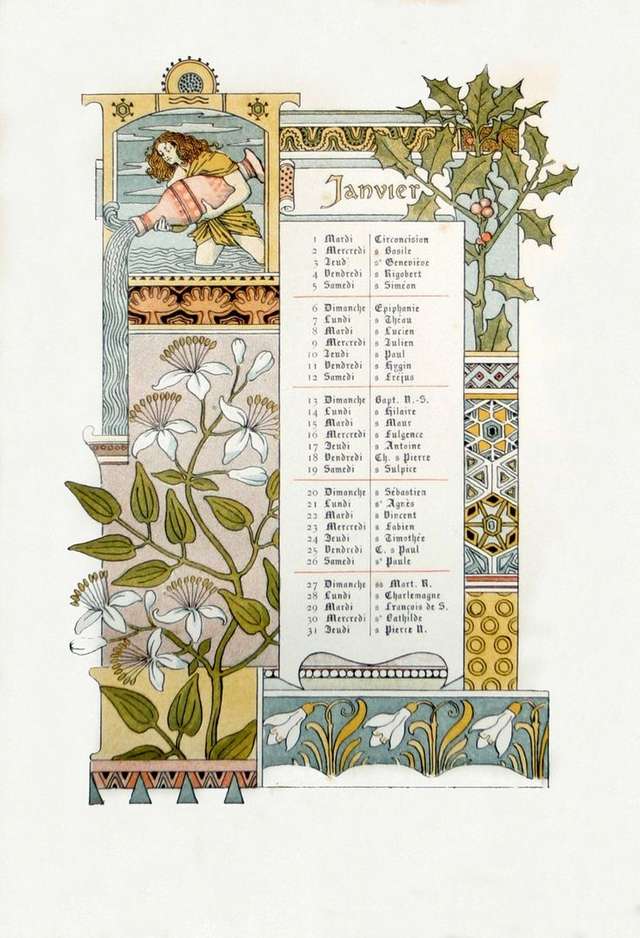 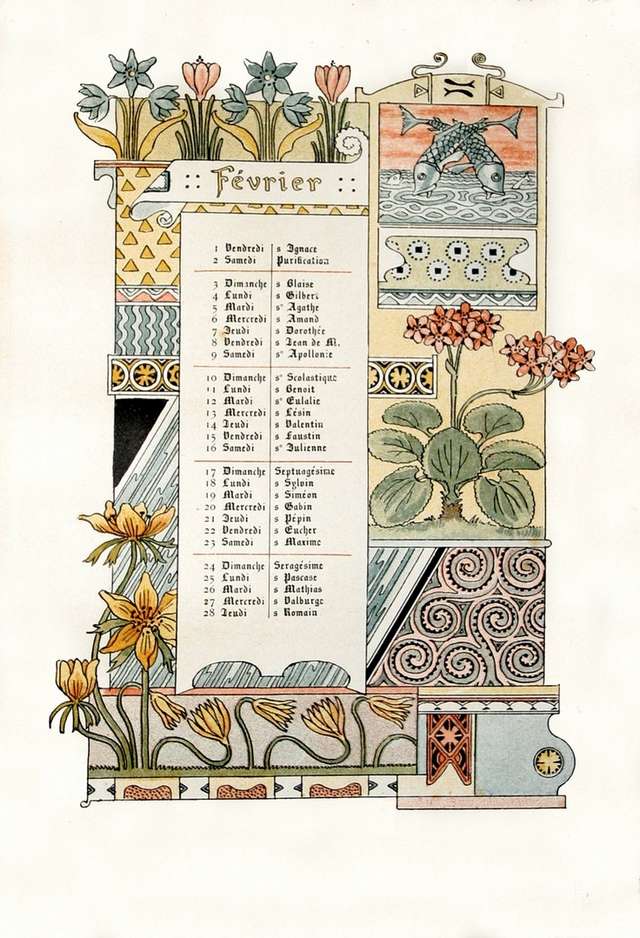 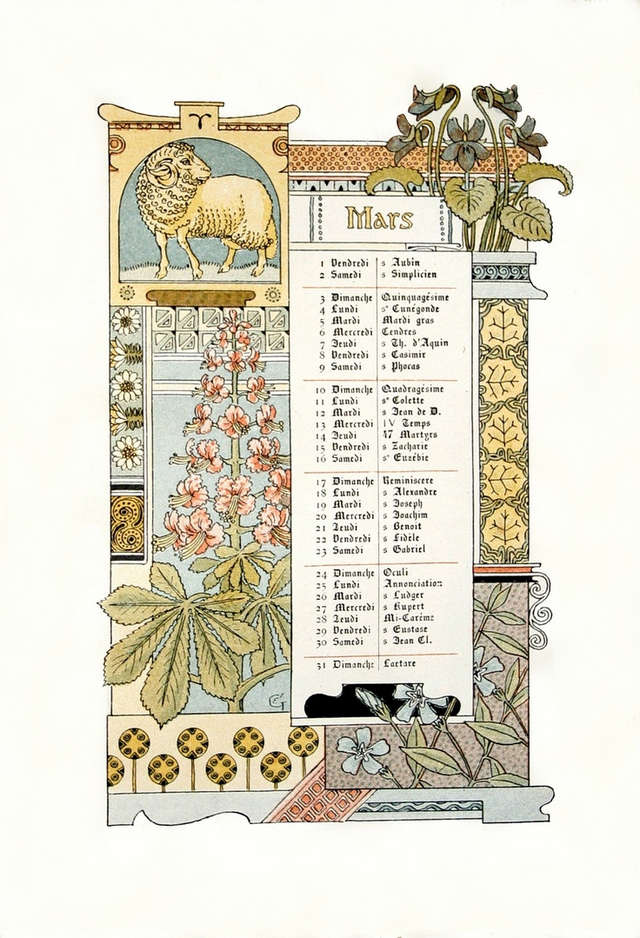 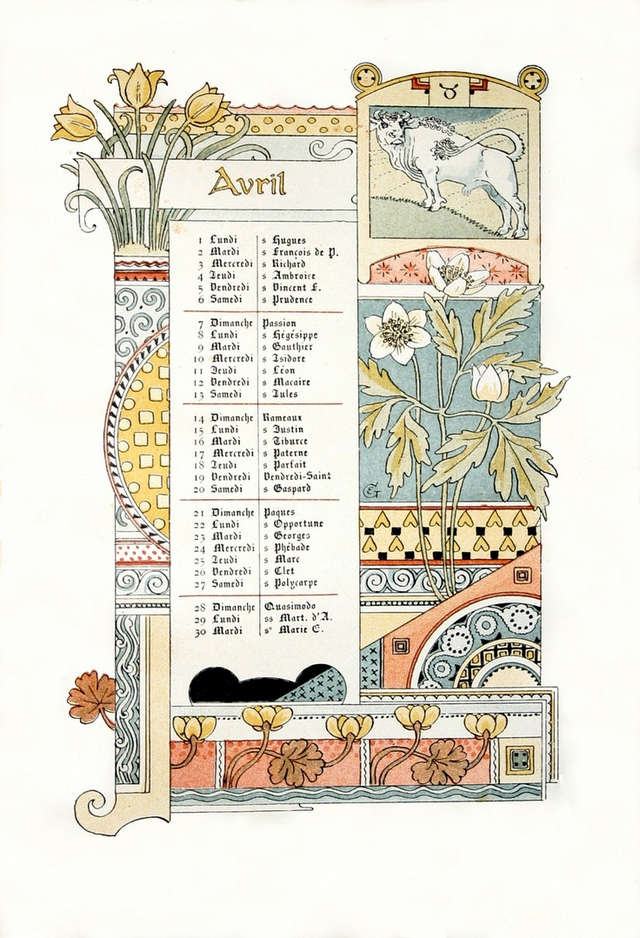 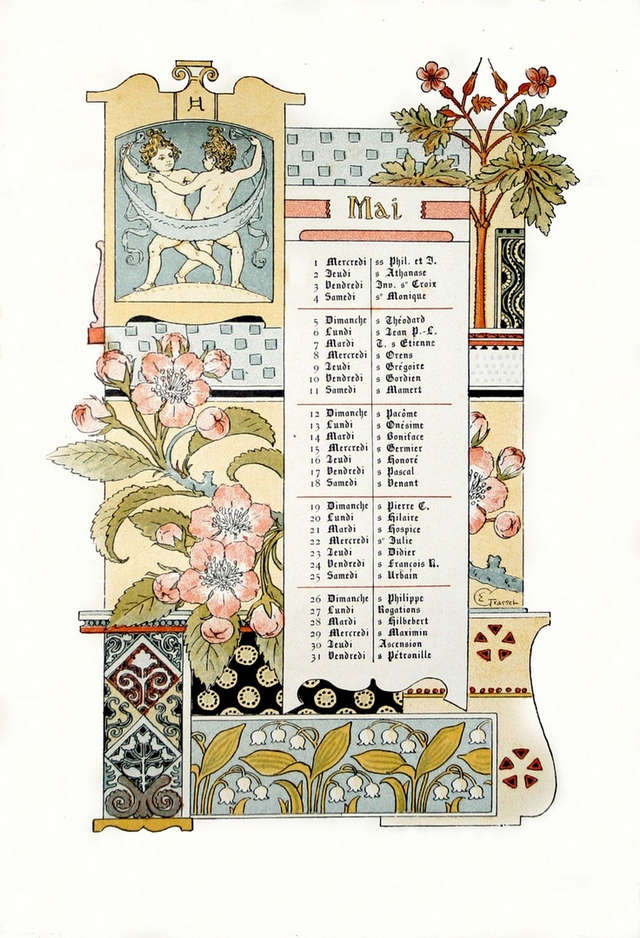 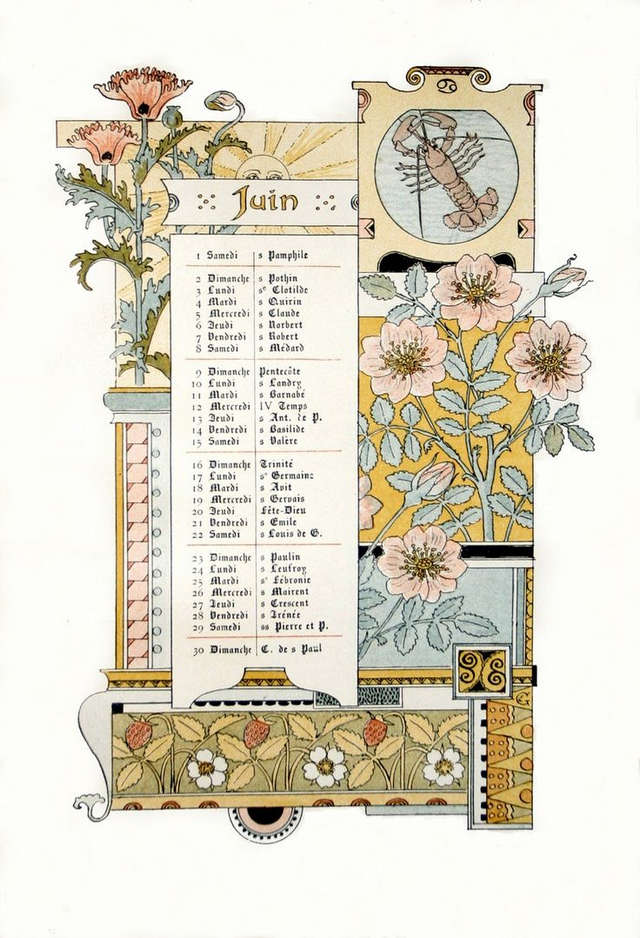 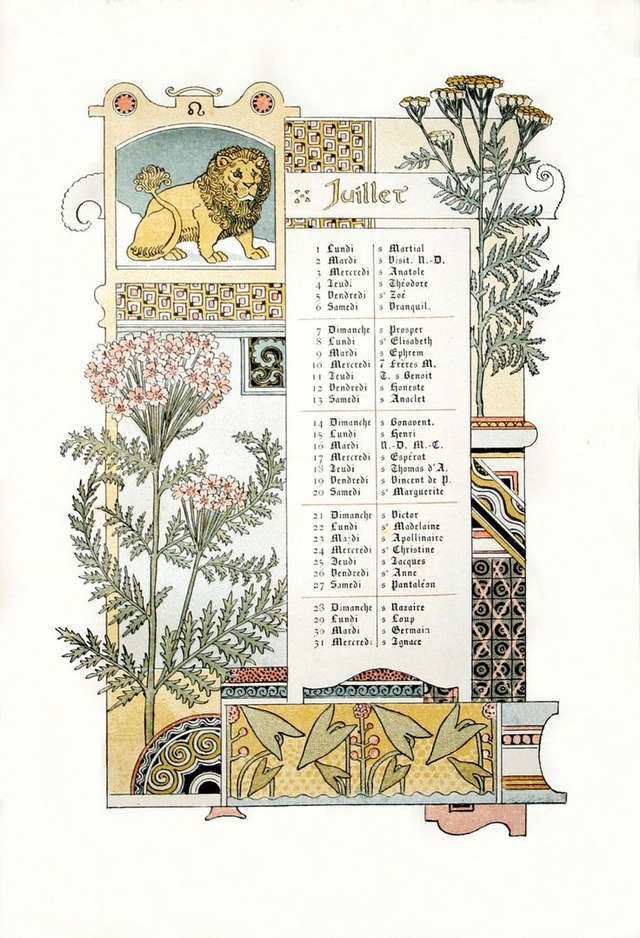 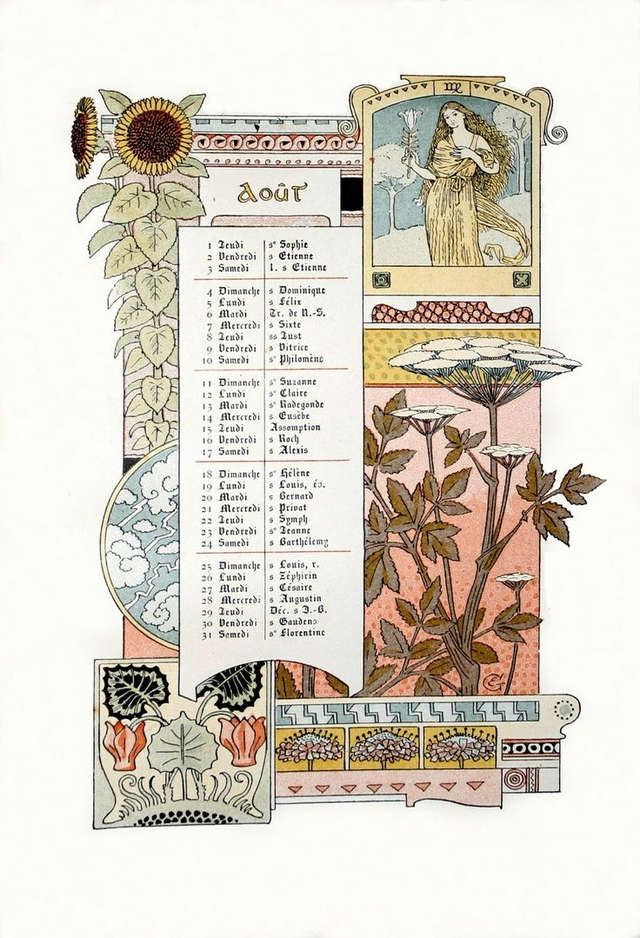 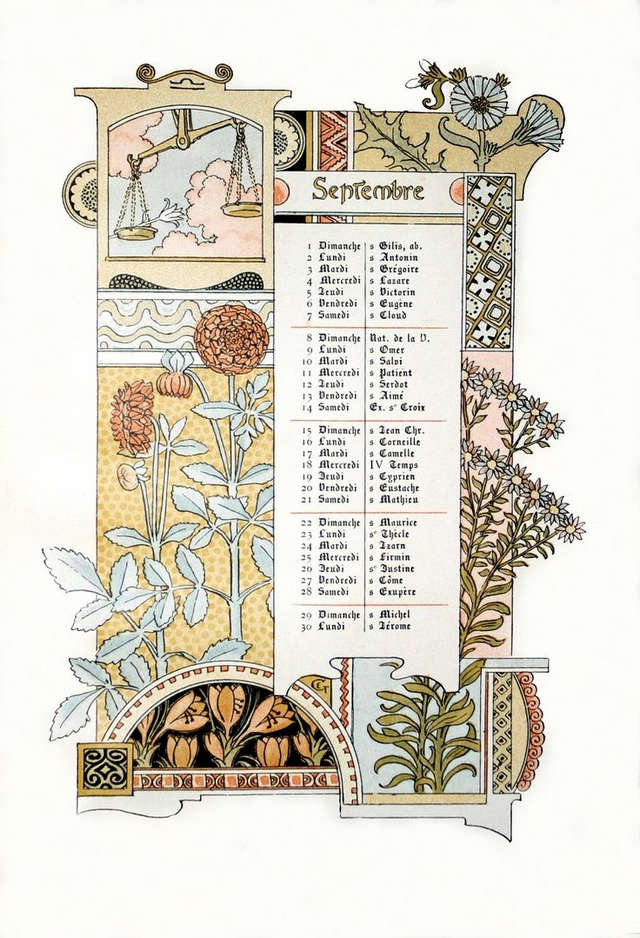 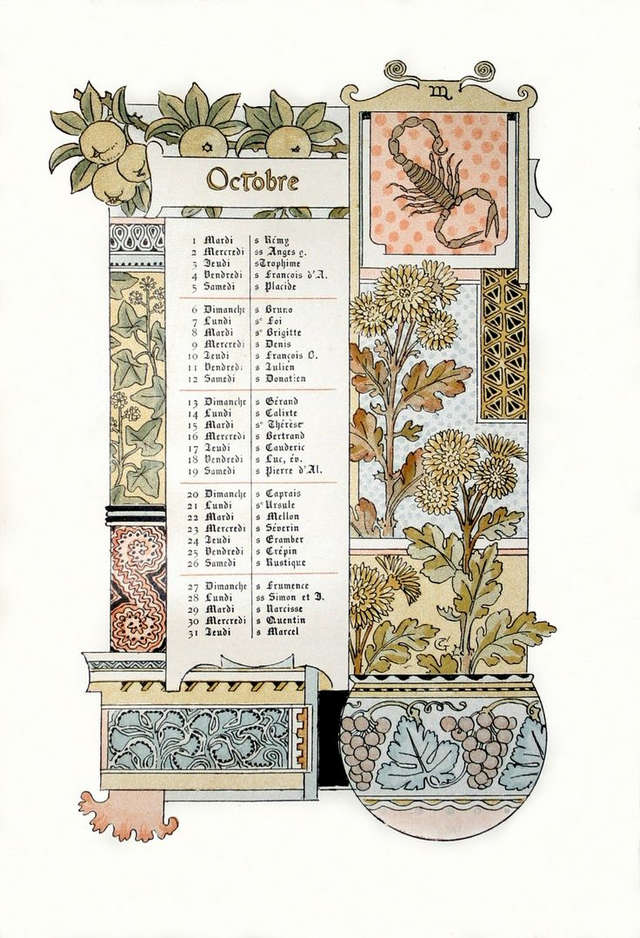 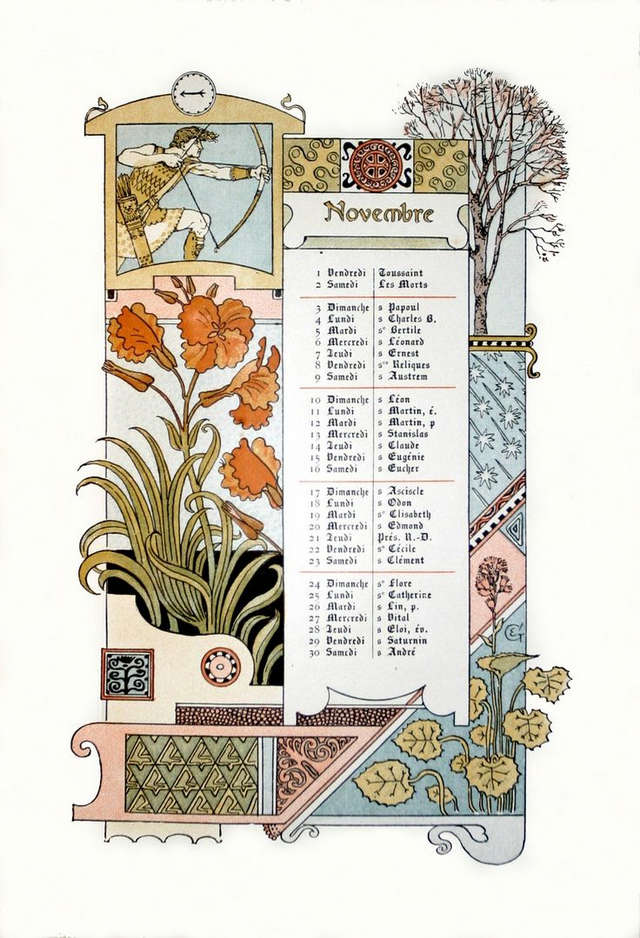 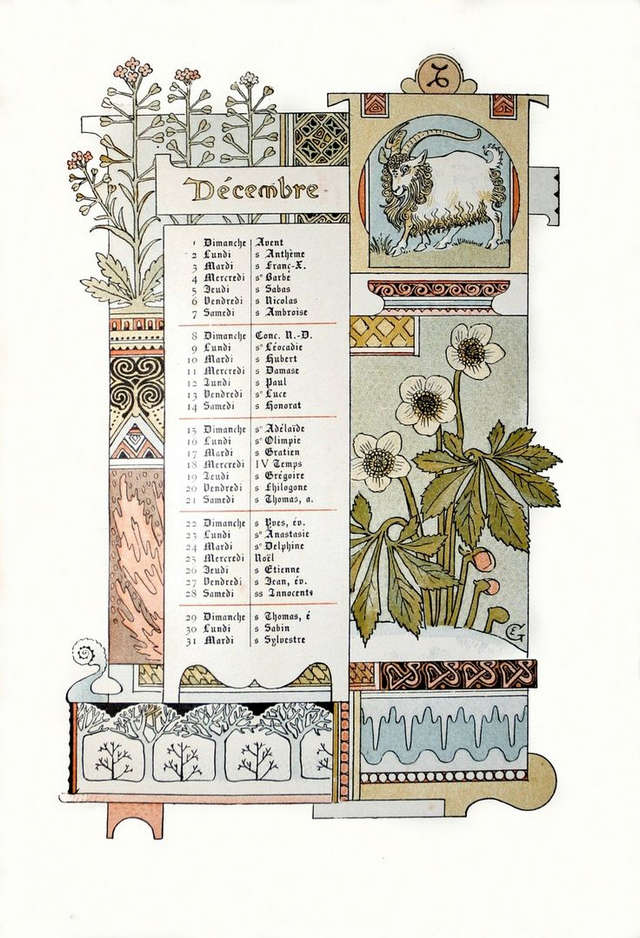 In the 1890s he started designing posters, a relatively new and unexplored media if we consider the innovations in printing. Grasset was a jack of all trades, being able to create a complete poster, from typography (he created his own fonts) and tiniest ornaments to final composition with the message. He also created magazine covers, logotypes, carpet patterns, stamps, calendars... His biggest influences were Gustave Dore (in the illustration) and Eugene Viollet-le-Duc (in the industrial design).

Eugene Grasset is one of the most influential artists from the Belle Epoque and a pioneer of the Art Nouveau era. His variety and skills can be compared with another, although much more widely recognized artist - Walter Crane.

Grasset's probably most recognizable characteristic was the ability to decorate any object without suffocating the leading motif, what was exactly what the poster art needed - staying simple, focused to the point, yet pretty and even attractive for spectator's eyes. His style was so recognizable and effective, Americans invited him to design some posters for them as well (Christmas issue for Harper's Bazaar in 1892, for instance).

He exhibited at Salon des Cent in 1894 and Salon des Artistes Decorateurs in 1904. The greatest hit was the presentation of his font named Grasset, engraved by G. Peignot et fils at the Universal Exposition in 1900. Did you know he even published a dissertation about the usage of plants in design? He was also one of the inventors in the field of printing color photos.